The JVW Girls School League is one of the biggest mass participation Leagues for girls football in South Africa. The league pioneered in 2012 with 12 hopeful teams entering the league solely in the Ekurhuleni region. The League was split into U15 and Open age groups. Fast forward a couple of years and the size of the league has more than trebled. The League currently hosts over 160 teams across Gauteng, split into U15, U17 and Open age groups with approximately 3200 girls actively participating at school level. The overall winner of the JVW Schools League is crowned through a playoff weekend, where all the top schools from their respective streams battle it out in a 2-day playoff. Putting the cherry on top, the JVW Girls School League has seen aspiring players scouted to National Teams across all levels and continues to be at the forefront of Women’s Football Development

The JVW Girls School League has created many opportunities for players, and continues to be the platform for players to be scouted into club structures to further their football careers.

2012 Schools League Player of the Year, Nelisiwe Mchunu (Petit High School) was scouted from the schools league to the South African Senior Women’s National Team (Banyana Banyana) and earned her first cap in 2013.

2013 & 2014 Schools League Player of the Year, Amanda Mthandi (Hoerskool Vorentoe) made her debut for South Africa in the South African Women’s National U20 Team and scored a goal in her debut match. Amanda was also selected as part of the Banyana Banyana Team who made their debut at the 2019 FIFA Women’s World Cup in France.

2017 Schools League Player of the Year Shakeerah Jacobs (Parktown High School for Girls) was selected in the U20 Women’s National Team Squad.

2019 Schools League Player of the Year Jessica Wade, (Waterstone College), captained the U17 National team in the U17 COSAFA Cup and received player of the tournament award. Jessica Wade was also selected as part of the U17 Women’s World Cup Squad in 2018.

2019 Goalkeeper of the Year (Parktown High School for Girls) was recently selected for the U17 Women’s National Team and made her debut in the U17 World Cup Qualifier against Zambia in March 2020.

A prestigious awards ceremony is held at the end of the season to award the top performing teams, players and coaches in a memorable environment which seeks to add an extra bit of motivation and excitement to the players. 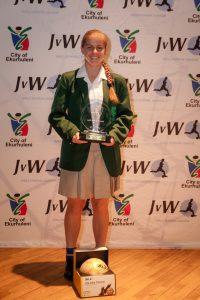 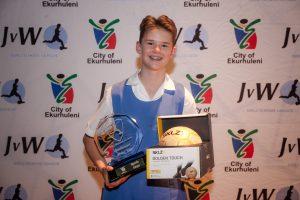 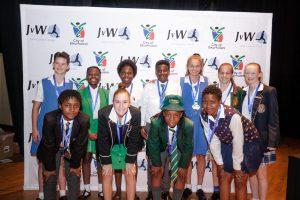 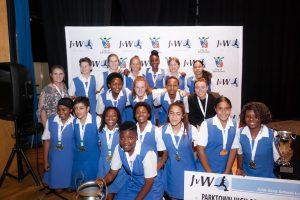 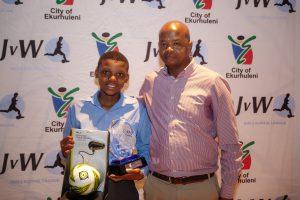 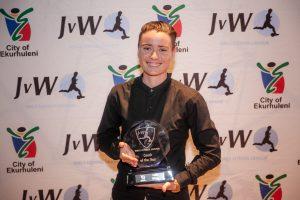